Each month we run a comparison between the last calendar month and the same time period in 2018 to see if there has been any noticeable difference in view of the extreme political uncertainty. In June 2019 we saw a huge increase of 77% in new permanent vacancies compared with the previous year. April and May had seen large movement in the opposite direction, which indicates an extremely volatile market, something we have not seen for many years.

This year we saw a 38% fall in the number of new permanent vacancies posted over the summer. We also saw a 23% fall in the number of new locum roles posted with us. We would expect to see these numbers over a summer involving the Olympic Games or the World Cup but not otherwise. The market is still extremely volatile – lots of uncertainty – but still plenty of recruitment as the earth continues to turn despite the gathering storm clouds of the 31st October deadline. We are still hearing about redundancies, but not in large numbers and some look to be the annual clean out of higher salaried staff as firms conduct cost-cutting exercises during quieter times in the year.

KPMG and REC Report on Jobs

The KPMG and REC, UK Report on Jobs is compiled by IHS Markit from responses to questionnaires sent to a panel of around 400 UK recruitment and employment consultancies (including the Ten Percent Group).

KPMG Comment: ““Brexit uncertainty continues to take its toll on the jobs market, evident by the quickest drop in permanent placements in over three years as employers delay hiring staff.
“Given the current climate, it’s not a surprise but is still a concern to see that the demand for staff increased at the slowest rate since 2012 – and that people are reluctant to seek new roles. On the plus side however, the latest decline in staff supply was the least marked for over two and a half years amid greater competition, softening the pressures on pay. Looking ahead and with investment also contracting, businesses desperately need clarity on Brexit
outcomes in order to re-build confidence in the jobs market and be able to make more informed decisions on their long-term hiring plans.””

Recruitment & Employment Confederation (REC) Comment: ““Today’s figures are a sobering reminder to politicians of all parties that national prosperity relies on businesses creating jobs and growing careers. Britain’s record on jobs is world-leading. It’s a key part of our economic success, with recruiters at the forefront of it. And there are still great opportunities out there for those looking for a new job and a boost in earnings. But all this rests on business confidence – the confidence to invest, to hire someone, to try something new – and it’s clear that things are getting harder. Permanent placements have now dropped for six months in a row and vacancy growth is slowing. While we continue to benefit from the flexibility of our jobs market as demand for temps holds steady, today’s survey emphasises the real world impacts of the
political and economic uncertainty businesses are facing. The first priority should be avoiding a damaging no-deal Brexit and giving some stability back to British businesses, so they can drive the prosperity of the whole country.” 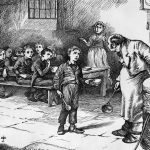