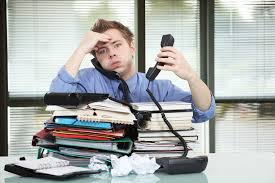 How much do Sole Practitioners Earn?

“In your professional opinion, how much do sole practitioners (on the high street working in family/conveyancing) tend to make annually? Also more generally, would you say, despite the over supply of law graduates and the SRA’s soon to be new route to qualification, that law as a career is still worth pursuing, e.g. can you still make a good living?”

This really depends and I guess some of the readership of this newsletter will be able to give much more realistic figures than we can! However my estimate is that in 2017 a sole practitioner on the high street with less than say 5 staff – support and other fee earners – is likely to be earning £60k to £75k in drawings/profit/salary/dividend. I think that this applies to any practice undertaking a mix of work that includes conveyancing and wills & probate but for a specialist family solicitor in most areas of the UK I think this would drop to something closer to £50-60k unless the sole practitioner has a specialist HNW client base.

The next part of the answer has to be whether this makes law as a career still worth pursuing, if the end result is an income of £60-75k and a role managing staff and a business. Not something I can answer, being that I left practice over 15 years ago.. There has been an over supply of law graduates since the 1990s, when universities knowingly started to allow large numbers of students to study law and subsequently go on to complete the BVC and the LPC knowing that the vast majority were going nowhere near a law firm for the remainder of their careers. So this is nothing new. The writer of the query gives the game away a little bit in that he is looking solely at the money side of things rather than the job satisfaction, although the two are most definitely interlinked.

I would also imagine that a lot of sole practitioners would want to question the sanity of anyone wanting to open a practice these days and go through the PII application process every year, deal with staff, comply with the SRA regulations and attempt to make a profit..