Give an example of a recent commercial deal that captured your attention; which party/side in this deal would you like to work for if you were a lawyer and why?

This question could be translated into a range of professions and industry types. There is not much really to answering it except having the ability to present a coherent and structured response. You need to think carefully about the deal that’s captured your attention, make sure you know enough about it to be able to talk around it and state which side you would like to act for.

This is one of the reasons that you cannot just simply walk into an interview in any profession and expect to answer questions well if you have not prepared for the interview. Preparing for interview involves close industry research before you attend and the best way of doing this is simply to read trade journals and magazines and look at what is going on in the real world. Looking at academic papers or theoretical arguments will not aid you in this task.

“A case involving Barclays Bank and Nat West caught my eye, because of the issue of insider dealing. The courts in this case summed up the issue concisely by saying that the parties needed to sit down and negotiate further. I would have liked to act on behalf of Barclays as the restructuring would have appealed to me in view of its complexity”. 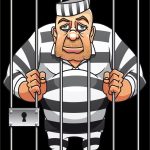