Interview Question & Answer – Do You Work Well with Others?

Interview Question 47 – Do you work well with others, or are you a loner?

This is a very loaded question and one that almost implies that anyone who does not work as part of a team is a complete weirdo!

The use of the term “loner” almost gives the game away that this interviewer wants you to be able to work well as part of a team and if you do not there is something clearly wrong with you. The answer therefore needs to be straight to the point and positive. Try to avoid the part about the loner completely as this a negative and any response you give will either be considered to be defensive or questioning the interviewer, neither of which you want to do.

Try to keep this answer as short as possible as well to move onto other more useful questions where you can get over your worth to any company and away from this one, which is almost a challenge.

Try to give evidence of your team work ability in any shape or form to make the point that you are someone who works well as part of a team.

“Yes I work very well as part of a team. You can see from my time at Jones & Jones that I was a member of a team of six, reporting at board level and directly supervising two others. At the same time I was part of a team making daily decisions and for that role I needed to be able to communicate and liaise with people at all levels in the company.”

“Yes. I work well as part of a team. During my time at college I was a member of the Women’s Rugby Team and spent a considerable amount of time playing in the university league as one of a team of 15. We managed to reach the regional finals and spent considerable time together as we took the whole thing very seriously and achieved successes against teams much stronger than our own.” 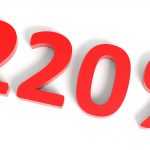 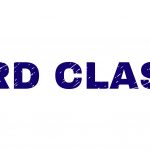 Next Post I have been awarded a third class degree in law and I am having a crisis. Help!