Legal Job Interview and Answer – describe a situation in which you have led a team.

This is a relatively easy question, mainly because the question is so short and gives you plenty of scope in terms of material and circumstances. It is likely that just about everybody can answer this question, whether through an example from work, an example from a sporting activity or personal interest or from their academic study. Naturally the best examples will be work-based and will involve a specific incident or project rather than a general description of a time when you worked as a manager or team leader.

The best way of approaching the question is to use the STAR Technique which will keep you to a specific incident rather than describing some generally which is not going to be as effective an answer.

The STAR (Situation, Task, Action, Result) technique works well for this question, as it is competency based.

Describe the Situation you found yourself in, the Task you were specifically set, the Action you took and the Result of that action.

By using this technique you will find yourself needing to give a specific answer rather than describing a general state of affairs.

“Whilst working in the Parish as a member of the team we decided to make a bid for Lottery funding to renovate one of our churches. I volunteered to be the team leader for this specific project and successfully obtained funding from the National Lottery Fund. The funding was time limited and we had a set period when the church could be out of action for the renovations to be carried out. I managed a team of 2 other clergymen, an architect, 2 sets of builders and an army of trades people. I made sure my lines of communication were effective and that I managed the project to ensure an effective results and completed the project within time and on budget.”

“When I was Captain of Slough Hockey Club I was responsible for the team both on and off the pitch. After I was elected to this position I identified that we needed to create a structure for the club, apply for charitable status and create a constitution. I put together a small team of members to look into all of these issues and come up with recommendations and a solution. We created new committee positions to deal with specific actions, put together a constitution and successfully applied for charitable status, all of which meant that we could access new forms of funding from the various grant giving bodies.”

Previous Post Legal Job Interview Question and Answer – Describe a Situation in which you dealt with confrontation, for example a difficult customer? 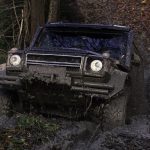