Each month we run a comparison between the last calendar month and the same time period in 2018 to see if there has been any noticeable difference in view of the extreme political uncertainty.

Redundancies seem to have slowed down since the start of the year but still coming in – a few firms have entered into administration in recent weeks and we are seeing more conveyancing lawyers registering with us for work then we would normally expect to. On the positive side we are getting plenty of good quality candidates available for locum assignments and permanent posts and placements are occurring in both areas as solicitors come ‘on stream’.
Statistics

We have 45 law firms for sale at the moment.
KPMG and REC Report on Jobs

The KPMG and REC, UK Report on Jobs is compiled by IHS Markit from responses to questionnaires sent to a panel of around 400 UK recruitment and employment consultancies (including the Ten Percent Group).

Commenting on the latest survey results, James Stewart, Vice Chair at KPMG, said: “Brexit has been sapping business confidence for months, and now it is causing the jobs market to grind to a halt. With unclear trading conditions ahead, many companies have decided to hit the pause button on new hires and reduce their dependency on temporary appointments. At the same time we are seeing a flight to safety in the candidate market. Applicant availability has fallen
sharply, with the majority of people looking to switch-up or develop their careers concluding now isn’t the right time to abandon the haven of an existing job. The consequence of a sluggish jobs market is a drag on the economy – with poor candidate availability impeding business growth and hampering restructuring efforts. IT recruitment has been slowing for months, but now we’re seeing particularly sharp falls in recruitment activity across financial and professional services. Economic bellwether sectors like retail, construction, hotels
and catering are also seeing steep falls in recruitment activity. This along with signs that pay growth is cooling will concern UK economists and investors.”

Neil Carberry, Recruitment & Employment Confederation
chief executive, said: “We have a fantastic labour market that has delivered high employment and flexibility for workers because it helps companies meet their needs easily. It’s a British success story. But Brexit uncertainty has put the brakes on. With business investment rates poor, and little certainty about the path ahead, today’s data shows that the time for political game-playing is over – this situation is beginning to affect people’s daily lives as permanent staff appointments fell, and the growth of temporary jobs and starting salaries weakened.” 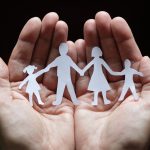 Previous Post Childcare Solicitors – what do they do and how do I become one?
Next Post Legal Job Interview Question and Answer – describe a situation in which you influenced or motivated people.