Each month we run a comparison between the last calendar month and the same time period in 2018 to see if there has been any noticeable difference in view of the political uncertainty. In February 2019 we saw an increase of 52% in new permanent vacancies compared with February 2018. This was the complete opposite to January which saw a 50% decrease in jobs! The market is still not heading in one direction or the other – very volatile. We are seeing hesitancy from candidates at the moment – we have had a couple of good job offers turned down this month and a lack of applications for seemingly good quality jobs. The number of locum roles declined last month compared with 2018 which was a surprise to us. In view of the uncertainty, particularly that expressed by firms and businesses around London, we have seen a number of redundancies at conveyancing firms in the area, although the market is still buoyant elsewhere.

The recent KPMG and REC UK Report on Jobs found the following:

Comments from KPMG as follows:

“With Brexit just days away now, it’s definitely a nervous time for recruiters. January marked the first fall in permanent staff appointments since the referendum and we’ve seen a sharp decline in the number of candidates entering the jobs market. This is pushing up starting salaries at historically strong rates. Both employers and employees are in ‘wait and see mode’ now and there is little reason to believe the brakes will come off the jobs market before we find out what sort of Brexit the UK is about to experience. The majority of sectors across the UK economy are now more cautious, and hiring more slowly than they were 12 months ago. Nationally the number of permanent staff appointments has fallen considerably in the North region, Midlands region and London. The exception is the Southern region where the number of permanent staff appointments continues to grow, albeit more slowly.” 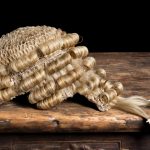 Previous Post How to Work as a Lawyer in the UK – top tips
Next Post Legal Job Interview Question and Answer – describe a project or situation where you took a project to completion despite important opposition.