Questions for our Recruitment Consultants

Q: I wonder if you have any advice or comment on the following. a sole practitioner has been asked by a lender panel to give details of a locum who the principal would have on call if the worst happened and the firm was left without a solicitor at short notice. Do you have any suggestions?

A: – We often get asked about this (up to 3-4 enquiries a month – mostly from start up law firms). Most locums refuse point blank to do this kind of arrangement – simply because you are lending your name to a firm you have no involvement in on a daily basis. However if you do then a monthly retainer would probably be the best route – say £400-£500 a month or similar. But be very careful… we usually try and avoid these kind of assignments as they rarely turn into anything productive for the locum.

Q: I am considering making a career in legal services and am simply writing for a few lines of advice. Recently, I overheard a stranger describe their solicitor as, “a pain in the backside to deal with, which makes her fantastic at the job she’s done”. This struck me as exactly the kind of praise I would want to receive for a job well done. However, after wavering for years over which academic route to follow, I have just earned a masters degree in linguistics and still have not settled on an end goal. I am about to turn 25 and the thought of a conversion degree followed by an LPC brings up the concern that by the time I am able to practice, I will be nearly 30 and difficult to employ relative to the bright young graduates in competition within the same job market. How realistic are these concerns? Is it common for someone to switch to a legal career late and succeed?

A: 30? I dream of being 30. Its still young and absolutely nothing to worry about. Many years ago I sat in a training contract interview selection day room at Eversheds and out of 10 applicants I think I was easily the youngest by miles at 23. Most were in their 30s and 40s. What you ought to be more worried about is taking another 2-4 years of your life studying and spending considerable amounts of money on a course for which you have no evidence that a legal career is the best choice for you. Go and get some experience in a law firm before you make the decision. So many people deeply regret spending upwards of £30k just getting through the academic part. Have you got good A levels? Have you searched our website for what you need to stand the best chance of a training contract? Read that article first and then make a decision. Evidence-based decision making is essential, particularly when you are talking about enriching the pockets of a university with a five figure sum. There are other options besides the LPC and GDL – as CILEX and others will no doubt be delighted to tell you all about.. 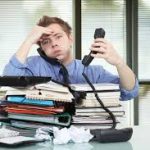 Previous Post How much do Sole Practitioners Earn?
Next Post Solicitor Locum Rates of Pay for November 2017