Let’s face it, bad things happen to everybody, whether you have been arrested for drink driving, stolen money out of the client account, got convicted of assault on a drunken night out, been ill during your A levels and failed three of them, suffered a bereavement when completing your degree and getting a lower grade than expected, jumping on the senior partner’s desk and punching him in the face, tipping a cup of hot coffee over a colleague because you didn’t like them, and many more things besides.

You may have been sacked from your job, failed to get a reference because you fell out with the partner, not been able to explain the three years you spent in prison on the CV, or not being able to apply for a job because you had a third class degree rather than a 2.1.

Firstly, you need to accept that in quite a lot of these circumstances it is virtually impossible to explain these things away or to justify them. You cannot write:

2012 – 2014 HMP Winson Green, Prisoner
Served two years for the theft of £500,000 from the client account.
Suffering from gambling addiction hence out of character behaviour.

This doesn’t work. It will never work, and sometimes there are things on a CV that you simply cannot try to justify or to give an excuse for.

Getting low A level grades or getting a third class degree when you were expecting a 2.1 degree is something that in most circumstances you simply have to live with. It has become common to see at least one excuse on a CV to explain why something has happened. Quite a lot of these link in to short term stays with law firms when people have joined a law firm for three months and then left quickly because they haven’t liked the working conditions or the firm, or they have fallen out with a colleague, or, more common, the excuse for any low grades during an academic career. It has even become fashionable to justify or try to explain away why someone has a 2.1 degree rather than a first class degree, as they see it almost as a failure rather than an achievement.

I suspect somewhere in universities around the UK that careers advice has changed in recent years to make it the done thing to try and explain anything that’s bad or considered bad and to come up with an excuse for it. I am afraid to say that in the vast majority of cases most things cannot be simply explained away, and you need to simply accept that these things have happened and to get on with it.

In relation to the more serious issues are concerned on a CV, we have seen them dealt with in different ways. The most interesting experience was with a convicted fraudster.

Many years ago we had a solicitor register with us who was describing himself as a lawyer, not a solicitor, and had a rather large gap on his CV. His name on Google wasn’t bringing up any information about his career or who he was, but when we adjusted his name slightly it soon transpired that he had been convicted of a £10,000,000 fraud and had served seven years at Her Majesty’s Pleasure. His CV did not include the name of the firm where he had been prior to his arrest, he changed his name and he had left a gap on the CV that basically indicated that he had been a consultant to various individuals (presumably fellow prisoners), and therefore his CV was very accurate.

Obviously this ex-solicitor had no shame and for some unknown reason was still trying to do legal work despite his prison sentence. There is no real way to explain away stealing £10,000,000 and serving seven years in prison and this is why I have included this as one of my examples at the top of this article.

It does not matter who you are or at what stage you are in your career, sh*t really does happen to some of us and sometimes you cannot use it as a mitigating excuse for something else, and then expect people to then decide to employ you.

Sometimes you just have to get on with things, get other experiences under your belt or qualifications, and move forward with that, and just accept that these things have happened in the past and they are part of your existence.

When should I mention mitigating circumstances?

Naturally there are circumstances when mitigating circumstances can play a part in job applications, but they are few and far between. It is never a good idea to include references to deaths in the family, serious illnesses or disabilities when making job applications. This is mainly because although it might seem like a good reason for a lower grade, you don’t want to be remembered by that employer as the candidate who applied whose dad died during his A levels. You stand a better chance of employment if you are remembered as the candidate with the very good 2.1 degree and 12 months of good, solid legal work experience. 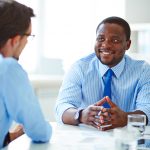 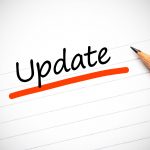