We recently sent out a questionnaire to conveyancing lawyers registered on our system for work. We did not get a large response, but this is the result of the survey.

Over 1,900 lawyers were asked to respond to this survey, but only 35 completed the questionnaire, which skews the answers completely. However the results do throw up some interesting issues – it looks as if lawyers who were furloughed have only been given the 90% payment rather than the employers topping up to 100%. Also from those who have lost their jobs 3/4 have not managed to find any more work.

One Conveyancing Vacancy since May 2020

Since the start of May 2020 we have only had one residential conveyancing vacancy registered with us. This was for a conveyancing locum to help out for a few months at a firm who had staff unable to return to work. We sent out the assignment to our locum list and were immediately inundated with available locums. What was interesting however was the hourly rate all the locums indicated. Despite us pointing out the difficult market a small minority of locums were prepared to drop their rates to get the work.

The firm in question indicated that they had received a large number of applications and would be looking to pay £20 per hour. No locums on our books were prepared to take the assignment.

This mirrors our experience in the recession in 2008-2010. Conveyancing was one of the first areas hit and recruitment froze very early on in the crisis. Salaries all but disappeared and any vacancies that did arise were fee share. On the locum side a similar pattern emerged. At first, locums did not drop their rates and instead chose not to work. After about 6 months hourly rates came down and stayed low at c£25 per hour for about 3 years. We have only regularly seen £30 per hour and upwards again since 2015-2016.

So what is the future? I predict that residential conveyancing locums will again be required to cover short term annual leave, but quite possibly from the autumn onwards. Hourly rates are going to be very low for quite some time.

Permanent conveyancing recruitment is likely to start trickling in, but again we anticipate the salary ranges are going to be substantially lower than recently, perhaps returning to pre-2015 levels. 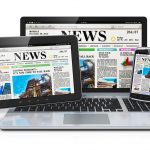